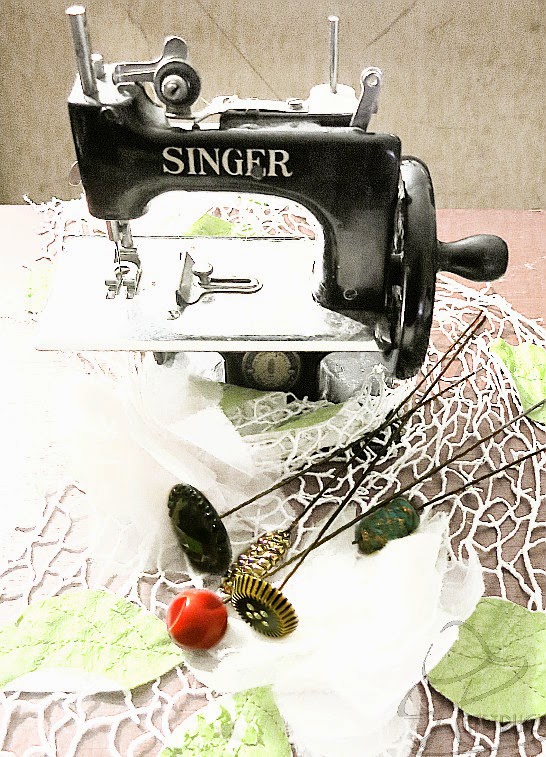 I was out all day yesterday, running various errands.  I finally ended up at my favorite local thrift shop where I found the five vintage hat pins in the images.  I had seen them several times before.  They started out in the boutique, and since they didn't sell they were kicked out of the boutique and landed in with the regular stuff.  Lucky me because I purchased the five pins for $12, the longest pin being 10 1/2 inches long. 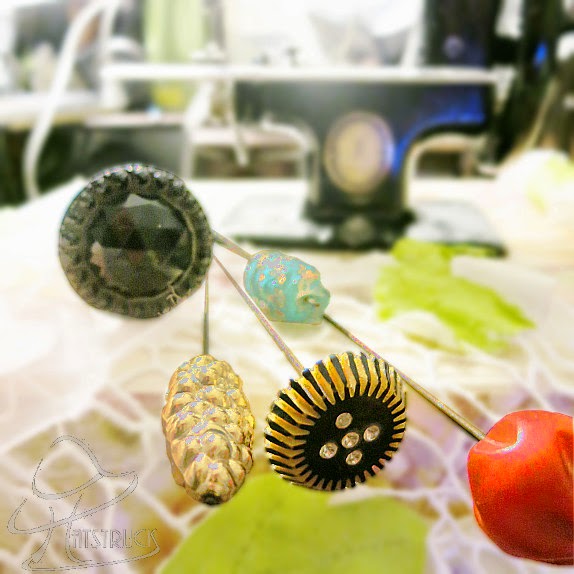 The little vintage child singer sewing machine (ca. 1951) is something that I always wanted.  I picked it up in an antique store a few years back. It was perfect when I purchased it; it came in its original box with a book and everything.  So I put it up in a closet hidden away, but I would always hear my grandmother's voice, "If you don't use it, some other woman will."  So, when my granddaughter became old enough to lift the machine, I gave it to her.  In my grandmother's house there were no special dishes or silverware, etc., that was reserved for special occasions or special people.  She believed that things should be used by those she loved and not saved for others, or the next wife if there should ever be a next wife.  My grandfather had his thing also.  He vowed that his  grandchildren would always sit at the table and eat when everyone else ate.  In other words we would not eat after the preacher (or any adult) ate, if the preacher was a guest.  Apparently, my grandfather had bad memories of preachers eating up all of the little food his family had and the children going hungry.  Apparently preachers did a lot of traveling and eating back in those days.

After a serious car accident, I'm finally ready to resume life as usual, although I don't think my body or mind will ever be the same.  Not having a car for months limited my ventures, and long walks bothered my back.  Well I'm ready to resume some serious hooping, regardless of the pain, and to travel further away from home to find more goodies like those above, although I'm still suffering from shell shock.  So, watch out world!

Th final day for getting your millinery entries in are near, August 15, 11:59 p.m. Pacific Time.  So, please make sure that you have followed all of the guidelines for the competition--you must be a follower of this site, etc.  I don't want to disqualify anyone after they have put in all of their hard work.  Also, and very important, if your screen name is different from your given name, you must let me know; otherwise I will not be able to identify you.  For rules and guidelines, please visit the posts below.

Thanks and Good Luck!

Posted by Lee Duncan is HatStruck at 10:55 AM 0 comments 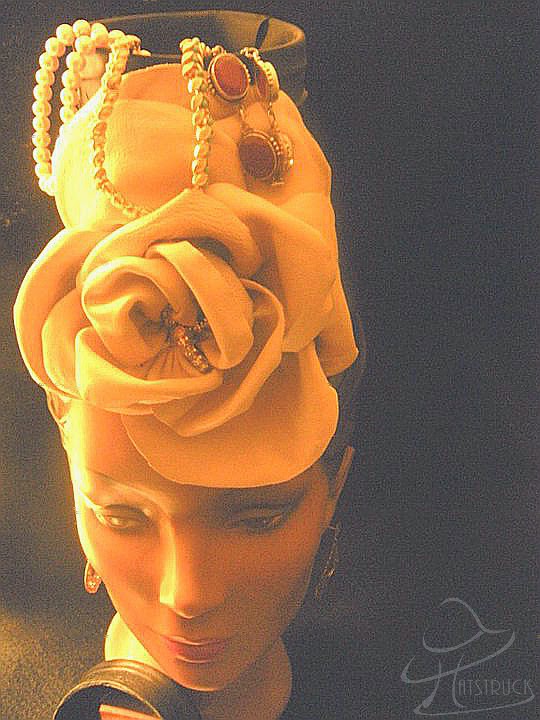 OK, usually I make a hat before I post but laziness has taken over, and once again, I'm posting one of my old hats.  I think I made this hat maybe five or six years ago, more or less.  It's a leather purse top hat trimmed with a leather flower.  The removable top has a mirror inside for checking makeup.  That year I also won Best in Show for a black cloche.  I reblocked the cloche into another shape a couple of months ago, and it's still on the block.  For this hat I won Most Innovative, also.  Anyway let's get to the important stuff.

This is a little emotional for me because months ago when I was thinking about putting a competition together I had at least two people I wanted to be judges.  One I knew "had my back" as always, and the other, although I wanted her to be one of my judges, I felt as if I was imposing on her; she too has been so supportive over the past several years.  I didn't want to ask her and put her in a position of declining my judge request.   Even after I asked and she accepted I still felt the need to protect her, asking her if she really wanted to do this.   I would have more than understand if she had declined.  Plus I didn't know if she, a world famous milliner, would really want to be associated with being a judge for a contest given by an unknown lady that practices millinery as a hobby.


So in alphabetical order, my first judge (she) is Anya Caliendo.  By-the-way, the link is to her blog, the best millinery blog on the Web.  If you are into couture millinery and fashion, chances are that you know Anya's work.  If you've been on another planet and you haven't seen her work, view a partial collection I've pulled up in a Pinterest search!  Anya's hats have graced the covers of many magazines, one of the latest being Harper's Bazaar July 2014 issue where Rihanna is shown on  its cover wearing one of her hats.  Anya interned under the great milliner Stephen Jones.

Twice Anya has brought tears to my eyes: when  she accepted my judge request, and when  she sent me an invitation to Fashion Week in New York.  I'm so sorry I couldn't  make it.  I think I'm so touched because, not only is she a wonderful person, but she is a confident, caring, and sharing person.  This is hard to find amongst many milliners, sorry to say.

My next judge is Mrs. Essie Edward.  Those of you that follow my blog know Mrs. Edwards as one of my millinery instructors.  Mrs. Edwards has well over 60 years of millinery experience.  She worked for the school district her in Southern California for over 40 years.  She is an excellent seamstress and milliner and just an all-around beautiful person. 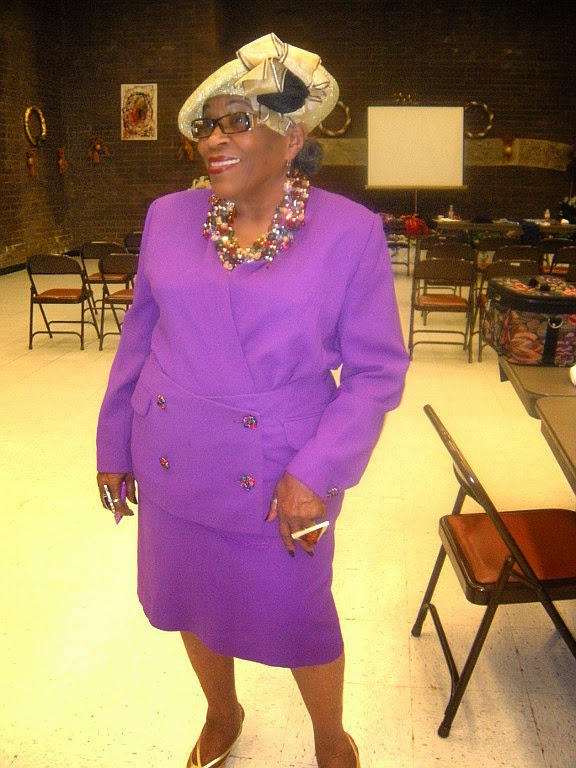 As far as being a good judge, well let's just say that she is more flexible than I am and much more fashionable also.  She taught me how to be more flexible in my dealings with millinery, while maintaining the highest of quality in my work.

My final judge is Shurie Southcott.  When I sent out a hint Shurie immediately volunteered, and I thought wow!  My response came because Shurie is into couture steam punk millinery.  I had seen some extremely beautiful steam punk hats made in another contest by other milliners that were above exceptional--the hats were extremely well made, the trim was exquisite, and the designs were awesome--not too far out, right in my "sweets spot."  None of those hats even placed.  So Shurie will complement this team.  I really wanted a team made up of milliners that would represent as many tastes as possible. 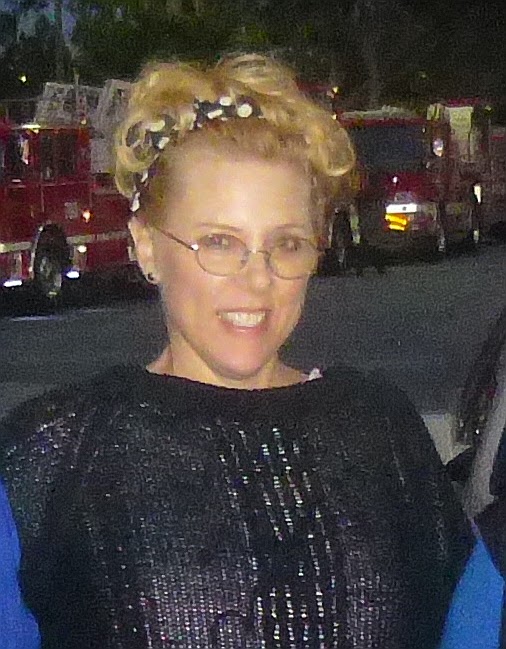 Shurie teaches millinery and she also works at Clockworks Couture here in Southern California.  Actually, it was a book I ran across in the bookstore written by Clockworks (the owner) that led to my understanding of Steam Punk millinery and clothing.  Naturally, I purchased the book.  Shurie is also published in another book.  One last thing, Shurie and I had the same millinery instructor, at least I took a block carving class from her mentor and instructor, the late Jill Pfeiffer, perhaps a decade or so earlier.

Thank you so much ladies, and let it be known that I deeply appreciate and admire all of you.


Posted by Lee Duncan is HatStruck at 10:03 AM 6 comments

Another Prize for the Hatstruck Millinery Competition! 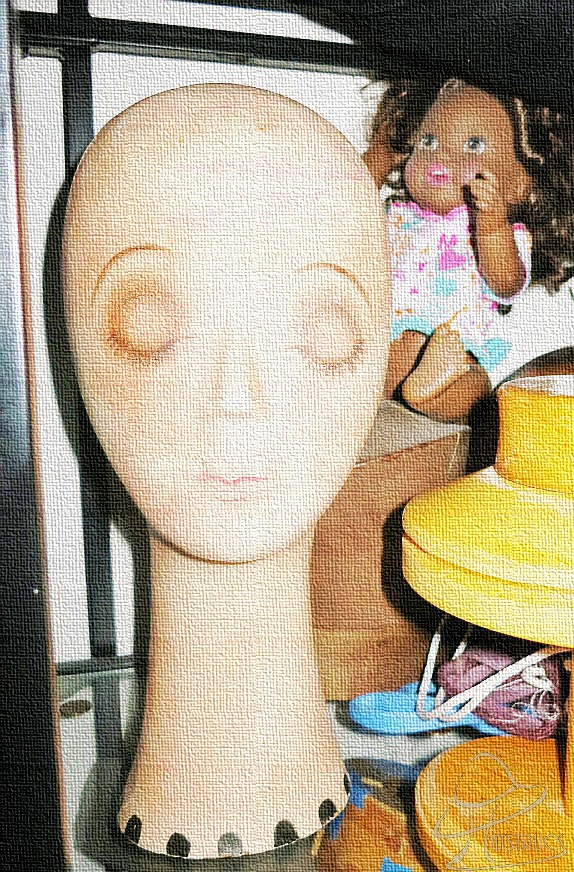 Remember the millinery competition I'm hosting on this site?  Well here is another prize (junk) that I've pulled out, and I'm more than happy to get rid of it.  No, it's not my doll hat block.  No it's not the doll in the background.  One of my friends gave this medical doll to my granddaughter along with a medical bag that came with it.  The doll's head lights up to a bright red when she "has a fever."  We'll my granddaughter saw that and must have figured that it was a devil doll!  She ran away screaming, so I hid it behind the head.  Yes, the prize is the mannequin head display.

I purchased the head from an antique shop because the shop had nothing related to millinery in it that I could purchase at the time.  It's just not a good idea to go into a store hungry (to purchase something); I don't care what type of store it is!  Anyway, I've seen these heads popup on Ebay from time to time, and although some sellers make up some type of story for the purpose of  generating a good sale, no one actually knows where they originated from.  They are vintage; they are hand painted; and they are made of some type of light-weight composition material.  Some believe that the mannequin heads were once department store displays.  This one happens to be more detailed and in better shape than most I've seen, having only a small blemish over the mouth, and having a more detailed painted face.

I have never used this head because I felt that it just did not fit with the type of hats I make.  If you win, it's possible that it could be yours for the taking.  Just don't tell me later  that a famous person made it, and that you're selling it for a million dollars; I just don't want to know. OK, so you don't want it either?  Well sell the thing on Ebay.  I want the space for another display I'm eying!

It just ran across my mind that I'm not giving you much of an incentive to enter my competition--a five section hat block, a vintage hat display..."she has to come up with better junk than that for me to enter."  Well, I'll dig deeper, but I doubt it; stay tuned.

Please check out the Mad Hatters Society Group on Facebook.  You may enter up to three (3) hats there.  Plus it's a fantastict group!  They are located at:  https://www.facebook.com/groups ./madhatterssociety/